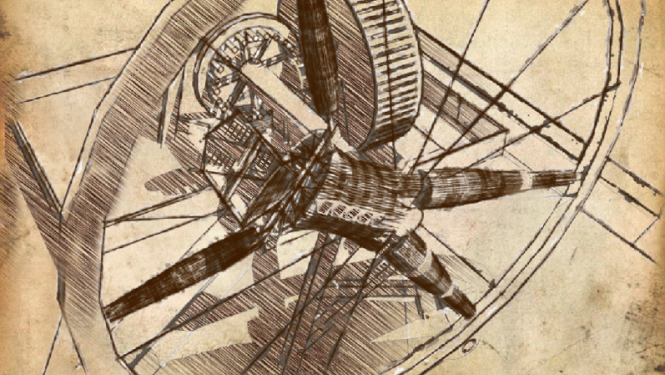 Art, Money, and the RenaissanceFeatured

The “Art, Money, and the Renaissance” Series 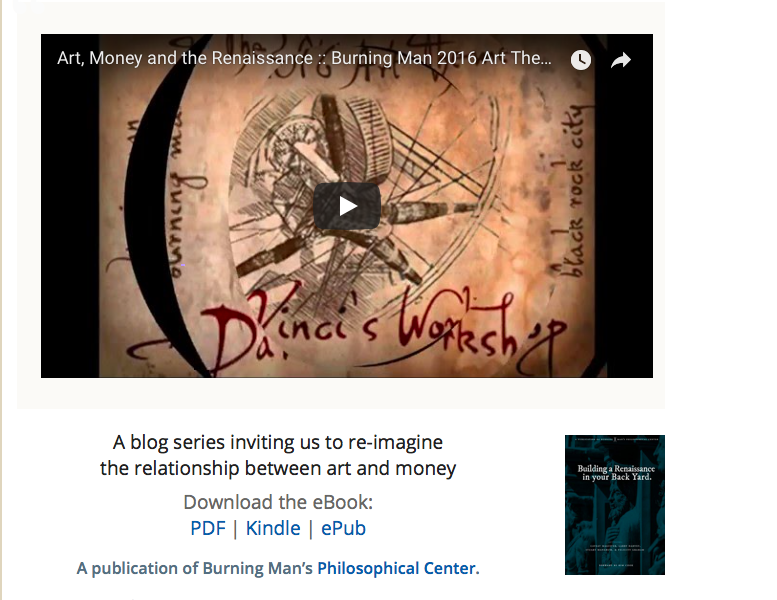 In 2016, Burning Man’s theme was “Da Vinci’s Workshop,” and on behalf of the Burning Man Philosophical Center I project managed, edited, and largely wrote a year long exploration of the relationship between “Art” and “Money,” with the aim of developing new approaches to support art and artists in the modern world.

The series was later turned into an ebook:  “How to Build a Renaissance in Your Backyard.”

I wrote, as always with Burning Man, as “Caveat Magister.”