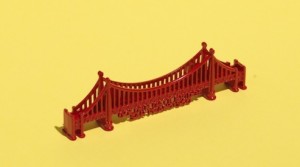 There are plenty of smaller increases—aid assistance is up by $100 million; the city’s doling out over $300 million more in grants—but once you factor in inflation, most of the additional money goes to pay city employees.

How did we get into this mess? It’s not just that the city is generous with its employees, though it is—742 city workers make more than $200,000 a year; overtime work in some departments has historically been seen as a right, not a privilege; and some workers have enjoyed eye-popping perks (until 2010, transit operators had contracts that guaranteed they’d be the second-highest paid in the nation). Rather, for decades, city hall has been unwilling to save the money it would eventually need to pay for the generous, union-appeasing benefit packages it was giving away; until 2009, five years of work for the city of San Francisco earned you healthcare for life.

It wasn’t until 2010 that the city began allocating any money at all for the then $4.4 billion (four-fifths of the way to a third San Francisco, for those keeping track) in estimated pending costs for its unmet healthcare liability, on top of the pensions.

San Francisco is paying more and more each year for the people who used to work here; meanwhile, this city has gone into bonded debt to merely pave the roads. At this rate, in another 10 years, we can expect to be paying for three or four 2005 San Franciscos, none of which will be any better funded than the one we had 10 years ago.