It’s not so much “identity theft” as “authenticity theft” 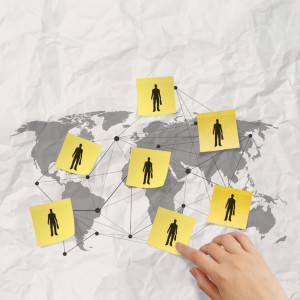 Many years ago while visiting Texas during an election season, I caught a lot of local television.

The people of Texas (at least in this region) sounded almost entirely like everybody else in America. But the politicians of Texas were going out of their way to sound like they’d never gone north of highway 20.

This was one of the great impacts of radio and TV on language: the flattening of accents and the development of “standard American” English across regions. By the late 20th century it had reached the point where sounding like where you were from was an affectation.

The internet is having a similar impact, according to a recent article in Quartz: “Everybody has the same personality online.”

“Even larger-than-life personalities, such as Sarah Silverman or Amy Schumer, lose their idiosyncrasies on Twitter,” Olivia Goldhill writes. “They might write clever jokes that fit into the 140-character word limit, but there’s no silliness or slapstick. I can’t tell who’s goofy, who’s thoughtful, and who’s anxious from online profiles alone.”

But it’s more than just tone. “The same jokes, phrases and hashtags keep cropping up again and again on social media,” and a research study shows that “online, there’s decreased expression of four out of five personality traits.” So we don’t just “sound” the same, in the sense of an accent – we really do come to express ourselves the same way and say the same things.

Is the next step actually losing identity itself? Some internet theorists say yes, but they mean it in a kind of Foucault “man is but an expression of his language” kind of way. A more practical sense of that question as asked on Salon by Paula Young Lee, who pointed out that online identity theft is now easier than ever. This is especially true if you’re not actually into it for the money: forget hacking back accounts, anybody can create a Twitter handle or Facebook account with somebody else’s name and face. It’s literally the exact same process as setting up your own profiles.

Lee’s intriguing conclusion is that when anybody can be anybody “it’s never been harder to just be yourself online.”

“At this point, I pretty much don’t believe that anyone is who they say they are online,” she confesses. “Even when famous people are “verified” by that little check mark next to their handle, I figure the actual person doing the tweeting is an assistant, a P.R. person, or a 20-something intern who knows how to correctly use “bae.” Last week I got into a Twitter chat with a famous actor, and I’m still not 100 percent sure if it was him or a staffer. I suppose that what matters is that people think it’s him–which, in the simulated world, amounts to the same thing.”

This is not a new phenomenon to the internet – it’s always been noted that the more one has to think about and choose the markers of identity, the less authenticity is possible. The internet has simply made virtually every marker of personhood customizeable – which means we are all simultaneously less authentic AND less unique. Which is counter-intuitive but still appears to be true. Much as it’s well established that cultures with strongly repressive components can lead to dazzling displays of underground diversity and dissent, so cultures with infinite options in turn create and impetus for everyone to huddle closer together. We push against boundaries – but infinite spaces make us push together.

Television and radio allowed the nation to view itself in all its diversity, and in response it lost its regional accents. The internet, with far greater reach and far more options, may be having an even greater flattening effect.  We’re concerned about “identity theft” for obvious reasons, but “authenticity theft” may be the greater issues:   because without authenticity, there is an extent to which we have no identity to steal.

Ironically, the creation of authentic personal identity on platforms designed specifically for self-expression may be all but impossible at this point.  Only “brand identity.”