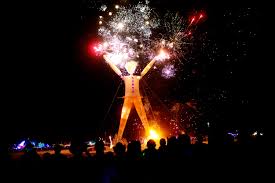 According to reports, the Silicon Valley-based tech industry has convinced itself that it invented everything it enjoys, including Democracy, rule of law, San Francisco, Burning Man, and sex

“Techies are really innovative, so it’s only natural that they would hack human sexuality by coming up with a pleasurable use for what was previously just a reproductive process,” Google employee Miles Davidson said. “You’re welcome.”

Brent Sternberg, a Facebook engineer who started attending Mission Control sex parties a year ago, said that blow jobs simply wouldn’t have been possible without social media. “How could you have ever told someone that you like it?” he asked. “It would never work.”

Futurist Ray Kurzweil, Google’s Director of Engineering, said he believes that the tech giant is on track to invent S&M by 2025. “It will be incredibly pleasurable,” he said, “unless it hurts too much. Until we develop it, there’s just no way to know.”

“Prior to the tech industry, no one had really considered creating experimental communities, or going camping,” Harris said. “But then thousands of tech workers disrupted the desert and invented DJs.”

Not everything has gone well since then, Harris admitted. “The problem with Burning Man is that since the tech industry invented it, it’s gotten so popular that all these artists are showing up, and they don’t know anything about the culture.”

That’s also a problem with what many see as the tech industry’s crowning achievement: the city of San Francisco.

“We really knocked that one out of the park,” said Twitter Vice President Larry Johnson. “When we got here there wasn’t a single unaffordable building, there were musicians in lofts, and the place was just filled with women. But we’ve really turned that around.”

LinkedIn Senior Data Analyst Rod Suchet agreed. “San Francisco is famous the whole world over as a city of art, and art was originally an App for the iStore. It’s famous for its restaurants, and restaurants were originally developed so that Google’s cafeteria could telecommute. Honestly, was there even a music scene in San Francisco before Pandora digitized it? Did this town even have an economy before we started to displace it?”

As of press time, Suchet had meant to Google the answer but had been distracted by a cat video. Cats, for those not in the know, were invented by YouTube in 2006.