Jack Spade Executive to San Francisco: You’ll Regret Not Having That Rollneck Sweater 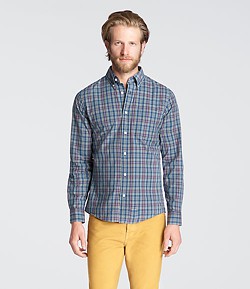 The Jack Spade team is really disappointed not to be opening our new store in the hip Mission neighborhood, where we know we’d fit in just like a buffalo check dipped utility bag fits with a Milford window pane suit blazer. You know what we’re talking about, San Francisco.

But now we’ll never get the chance, thanks to the efforts of a bunch of real stick-in-the-mud members of the creative class who — and we’re just saying this here — could be better dressed. What’s the matter, “Chicken” John? Your Brewster rollneck sweater in the wash again?

But seriously: You’ll regret not having that sweater for the rest of your life. You’ll all regret it, San Francisco. Because without Jack Spade, you’ll be the worst-dressed major metropolis in the United States.

Don’t come crying to us when people from New Canaan, Connecticut, show you up with their selvage denim raw indigo pants. You’ll be all “Wow, what great-fitting pants! Where can I get some?” and they’ll say “Jack Spade,” and then you’ll want to take a Xanax, because that would have been the best $245 you ever spent, but now you can’t.

You could have just gone right to the Mission where the awesome book shop used to be. We would have been proud to occupy the space of a local institution like Adobe Books. It’s one of the reasons we had them evicted. Have you no respect for your history? But it’s too late now. We’re gone. And, not to twist the knife, but our $165 embossed paisley tie case is gone forever, too. And everyone from New Canaan will be laughing at you, because what have you got?

We try not to take rejection personally, San Francisco, but you called us a “chain store,” and that hurts, because we have our own unique brand identity. We have a certification from McKinsey Consulting saying our brand is distinctive and appeals to stylish urbanites. Just like you. Their focus group was enormous, multi-ethnic, and really with it. The kind of market leaders who got a sneak peak at the season finale of Breaking Bad, which is a show that surveys indicate 85 percent of you like.

So I guess you feel pretty foolish now, don’t you, kicking us out after such an amazing focus group and industry leading consulting firm vouched for us. You can’t buy that kind of credibility.

So what was your problem? How could you possibly prefer a book store that didn’t even sell iPhone cases, for crying out loud, to a leading distributor of stylish men’s wear geared to the 19 to 35 demographic? Fuck, San Francisco, selling iPhone accessories makes us even more of a bookstore than they were, since iPhones are what books are now. You were supposed to love us. We had it in writing. You were contractually obligated to love us, which is the best kind of love.

And in return we were going to rock your world. We would have thrown off-the-hook parties at our store. There would have been DJs playing only the very top alternative hits. Nothing ethnic. We would have served tapas. And had food trucks parked outside. Where else would you find a party with food trucks in the Mission?

Admit it, San Francisco: You need us like a cool 25-year-old guy with disposable income needs a pair of Fair Isle Convertible Mittens for $145.

But it’s never going to happen. We’re taking our business elsewhere. And now you’ll never have a way to get our clothes.

Unless you go online. Is that a thing you do here?