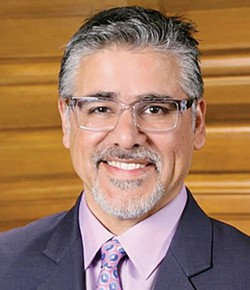 San Francisco City Supervisor John Avalos recently put forward a ballot measure giving 16-year-old kids the right to vote in city elections, stating that they should have the right to be just as disappointed in democracy as everyone else.

“I believe with all my heart that, if given the vote, teenagers will be every bit as satisfied with the American political system as African Americans, Hispanics, and women are,” Avalos said. “It’s their turn.”

San Francisco Youth Commissioner Julie Lichter pointed out that, in many ways, 16 year olds are already failing to influence the political process.

“Whether they’re marching ineffectually for immigration reform, signing online petitions to enact sensible gun laws, or rallying on city hall to demand an end to military action, teenagers are already politically active and thoroughly ignored by the system,” Lichter said. “Giving them the vote is one more way they can line up to be counted without actually counting – just like the politically engaged adults around them.”

“They’ve earned it,” she added.

Political observers are skeptical, saying that Avalos is merely trying to bolster the ranks of progressives in San Francisco who could vote but don’t.