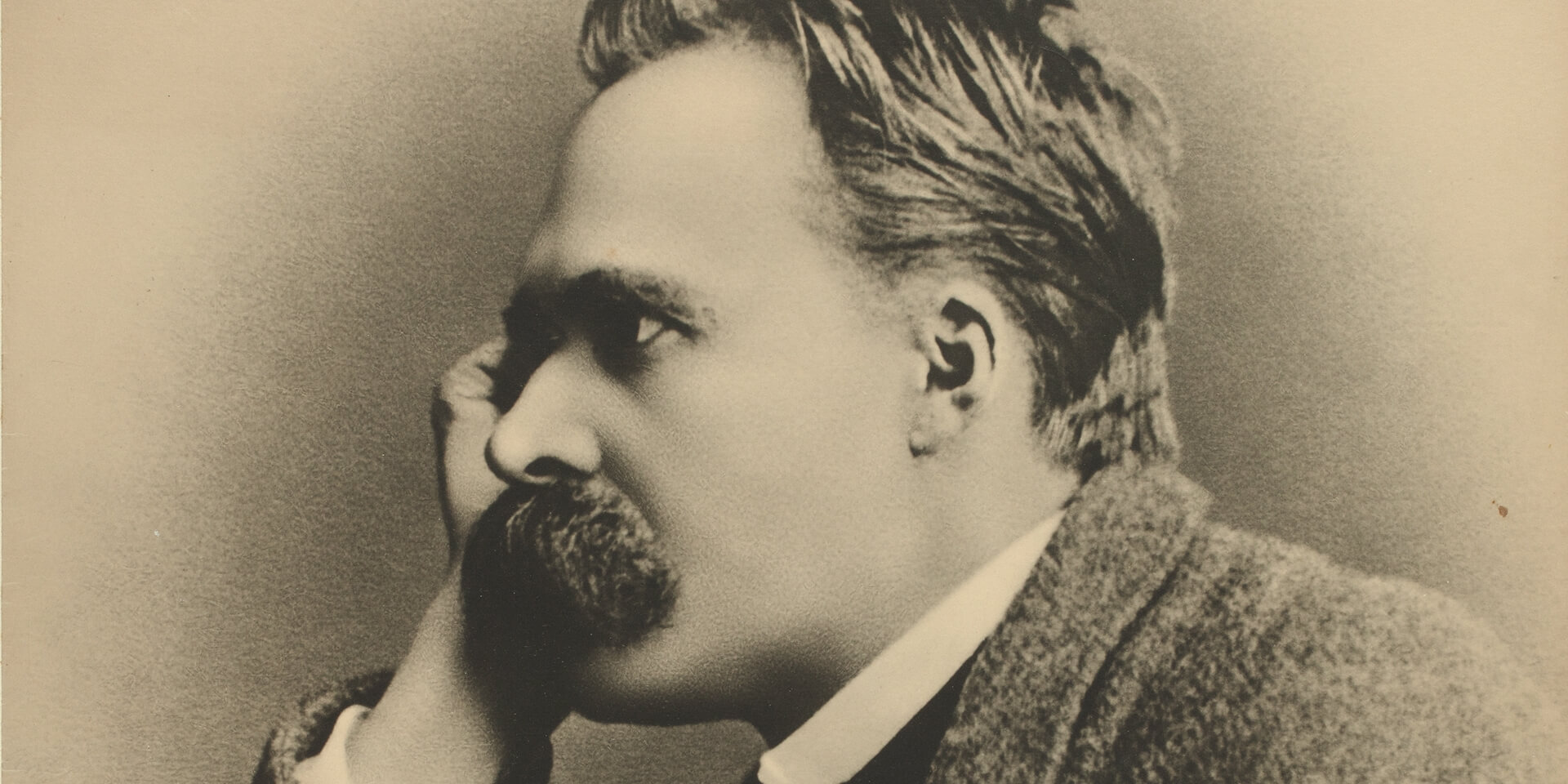 The Future of Existential Psychology: Was Nietzsche Right?

If the future of Existential Psychology could be reduced to a bumper sticker, it might be this one: “Nietzsche Was Right.”

In 1882, Nietzsche put some stunning words in the mouth of a character: God is dead, we have killed him, and the implications are staggering. Let me quote from the passage:

“Is not the magnitude of this deed too great for us? Shall we not ourselves have to become Gods, merely to seem worthy of it? There never was a greater event—and on account of it, all who are born after us belong to a higher history than any history hitherto!”

The prophetic madman then realizes he has come too early: that the understanding of what’s happening has not dawned on mankind. But it will. It will.

A crisis was coming to the Western psyche, and Nietzsche was its most famous prophet. But he wasn’t the only one. Carl Jung saw it coming as well: in his masterpiece “Triumph of the Therapeutic,” Philip Rieff describes the entire Jungian project as pre-emptive effort to head off a collective crisis of the spirit by giving the western world a new kind of religion, one based on inner symbols that we could all put in the center of our psychological lives. To the extent that it is true it remains an ongoing project: it hasn’t saved us yet.

The awareness that yes, in fact, we are in crisis began to hit us after the destruction of two world wars and the creation of a whole new kind of identity, one no longer based … as all identity had been in the past … on fixed points in an eternal firmament. A global economy in the world of Freud and Einstein meant everything was relative: your race, your ethnicity, your profession, your religion. Once these had been skin that was impossible to shed, but now they were clothes someone could take on and off, in a universe where not even matter and time were constant.

We no longer anchored ourselves to enduring truths, whether universal or personal. Instead, we had become what Rieff called “psychological man,” whose only organizing principle was the pursuit of happiness.

Sounds good, right? So why was this a crisis?

Because it turns out that human beings are not suited for a universe without a center. Much in the way that new studies have shown that giving people too much choice tends to make them unhappy, giving human beings an infinite number of ways to pursue our own happiness—a thing we don’t even really understand—is terrifying and troubling. This is the essence of what Sartre meant when he wrote that “man is condemned to be free.”

Given the freedom and power to do nothing but pursue our own satisfaction, we entered what W. H. Auden and Rollo May called “The Age of Anxiety.” Our limitless freedom makes us deathly afraid—and more afraid of death. We are desperately looking for guidance on what to do and who to be. Especially because—and we’ve all noticed this—when we pursue nothing but happiness, we tend to go off the rails. Pursuit of happiness without a corresponding sublimation to responsibility turns us into monsters.

But where do we turn for guidance? God is dead. The universe is relative.

“I find that contemporary therapy is almost entirely concerned, when all is surveyed, with the problem of the individual’s search for myths,” May wrote in 1991. “The fact that Western society has all but lost its myths was the main reason for the birth and development of psychoanalysis in the first place.”

This is what made Nietzsche truly prophetic: he didn’t just say “God is dead.” He said that to be worthy of this death, we ourselves would have to become Gods. We have to step up to the plate, and re-create the center of the universe—both personally (for each and every individual one of us) and societally.

This is what Jung was trying to do. It is, to a lesser extent, what Freud was trying to do. This is what Viktor Frankl and Rollo May were talking about the whole time—and it’s what existentialism is all about. If humanity writ large came to the realization after two world wars that God was dead, and we had to live up to the responsibility, the 1950s and 1960s—philosophically and religiously—were the time when we grappled with the question of how.

And then we took a pass. We punted. We refused to walk past the starting line.

… and we looked away. We told ourselves there has to be an easier way.

Some of us, many of us, tried to go backwards. It’s no accident that a major revival in fundamentalist religion (in America and around the world) more or less correlates with this time, and the realization that the modern world would not, could not, offer us a fixed point by which to measure our lives. So many people are trying to revive God and put him back in the center, where he will take up the responsibility of telling us who we are and how we should live once again.

But even if there is an implicate order to the universe and a vital spiritual dimension to life—even if there is a God—we are no longer spoken to in sacred texts that should not be questioned. Our consciousness as secular, questioning beings is not going anywhere. Our responsibility to step up to the abyss remains.

Others are trying to go back without using the term “God,” but by anointing another deity. As Rieff and Jacques Barzun have both noted, “Art” has come to replace “religion” in form and function among many secular societies. As James Davison Hunter wrote in an introduction to Rieff’s thought: “In the material culture, art once addressed to sacred order is liberated from theological reference and now addresses only itself. Accordingly, in the structure of social authority, the artist replaces the prophet, the therapist replaces the priest, and so it goes.”

We also have technology as a prophetic cult. Ray Kurzweil, now the Director of Prophecy at Google, claims we’ll soon be able to upload our consciousnesses into computers, while computers will become so advanced—so smart—that they’ll be able to tell us what to do and who to be, and even if we don’t understand it, it will all work out because they’ll have evolved beyond us. Sound familiar?

“Big Data,” too, is being shoved into the center of our moral universe. In what I have elsewhere referred to as the “manifesto of the social media self,” Rob Horning (Executive Editor of “The New Inquiry” and author of “Marginal Utility”), has put forward the notion that the “individual self” in which we use introspection to decide what we value and what we should do, is in the process of being replaced with a “data self,” where our social networks will do all that processing for us. We will be what Facebook and Twitter and LinkedIn say we are—the question of “identity” will be solved. No fuss, no muss, no bother.

Do I actually need to say—to spell out—that all these attempts to avoid the problem of personal agency by re-creating the God of our fathers in the form of art and data will fail? You cannot go back to a system where something tells us what to do and we obey “just because it’s so much more advanced that it must be right.”

We have to make our own meaning rather than build more graven idols to tell us what we should do.

There is no way to avoid the challenge Nietzsche prophesized, or that Jung and Camus were desperately working on: we can’t keep looking for something else to center our universe. We have to grow into worthy moral centers in our own right. We have to deal with our freedom and our limits head on: making choices to sublimate ourselves to what only we can anoint as higher goods. Even harder: the meaning we have to make must go further than “I want to be happy.” And it can’t be something we put on and take off like a costume when it suits us. Otherwise it will be a fashion accessory, not a meaningful way of life.

That’s incredibly difficult. And, looking around at our culture, it’s easy to see that we’re not ready yet.

No, right now, we’re in the grip of another round of quantification madness, where people honestly believe that if they can just crunch the numbers right, all human decisions can be taken out of the hands of humanity and given over to an algorithm that will never fail, amen.

This too will pass: eventually the pieces of big data will come tumbling down and the artificial intelligence will be revealed as artificial, and the drugs will have failed—once again—to reduce depression in a meaningful way. Eventually, it will become clear that for all our technology, we remain stuck with the same fundamental human choices. Human agency isn’t going anywhere.

Then there will be another opportunity to do better. To help people find ways to move forward, through the abyss and to a new kind of myth, a better kind of sublimation, and a meaningful life that does not depend on the universe having a center.

That’s the future of Existential Psychology. As each fad and fashion in avoiding human responsibility fades, we’ll be there to offer a way forward.

Until then, we’re developing our tools, sharpening our understanding of how to assist people on this journey, and helping those who have already realized that Nietzsche was right, and we ought to address it courageously.