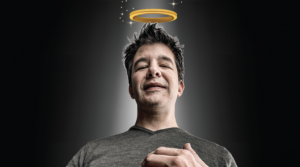 Between 2010 and today, Internet companies have jumped from 48th to 25th in terms of lobbying dollars spent, according to statistics provided by Dan Auble, a senior researcher at the Center for Responsive Politics. Add electronics manufacturers to the Internet businesses, and you have a tech category that has allocated $91 million to lobbying so far this year. That’s more than the insurance industry (at over $75 million); in fact, it’s topped only by the pharmaceutical industry (at over $124 million).

Uber, naturally, is the Uber of tech lobbying: It has plucked David Plouffe from President Barack Obama’s inner circle to head up the 160- odd lobbyists that it deploys across the United States. Google, which has one of the fastest-growing lobbying arms in America, spends more on government affairs than almost any other company in the nation. Its chief lobbyist, former New York congressperson Susan Molinari, runs a lobbying headquarters in D.C. that’s nearly the size of the White House.

Not that long ago, notes Silicon Valley assemblymember Evan Low, the tech companies in his district kept as far away from government as possible. Their message was: “Leave us alone. Just let us innovate and do us no harm.” They believed that their innovations were driving the future and that, inexorably, everyone would fall in line with them. But it didn’t work that way.

Today the regulatory environment for tech companies is hotter than ever—because tech companies are more controversial than ever. Uber, Facebook, Airbnb, and Google are not just company names: For many, they’re synonymous with social problems. Governments—always relatively slow to move, because their decisions require the consent of the governed—have begun pointedly reminding tech companies that everyone gets to vote on the future. France, Germany, and Spain have banned Uber in whole or in part, and the European Union is deepening large-scale antitrust action against Google.

The initial ploy of tech outfits in dealing with regulation—ignoring it—turned out to be a terrible idea, says Tim LaPira, a James Madison University associate professor of political science who specializes in Congress, interest groups, and lobbying: “Simply wanting the government to not regulate your industry does not make the government not regulate your industry.” Tech’s claim that it’s just too innovative for a democratic system to comprehend or regulate only made it a more obvious target. “Once the government starts paying attention to an industry, it doesn’t stop,” says LaPira. “And saying ‘You don’t understand us’ doesn’t make government go away.”

Tech companies have discovered that they, like government, cannot function without the consent of the governed—hence Kalanick’s charm offensive, the company’s massively ramped-up, industry-wide lobbying effort, and its revised PR strategy: “We’re only thinking of you.” It’s patently cynical but hardly unique: Established industries, from Wall Street hedge funds to private prisons, use the same tactics. There’s absolutely nothing special about what the tech industry is doing. But that’s the point: For all tech’s rhetoric about being fundamentally different—an industry in which every mission statement is Nobel-worthy and every CEO is an amalgamation of Alan Turing and Mother Teresa—it abandoned its mantra of innovation when confronted with the vital question of how to interact with society. It became derivative.

“From what we can see in their disclosures,” Auble says, “tech companies are engaged in very traditional lobbying. They might be using less traditional methods that we can’t see, but what we can see is that they’re investing in a very conventional route.” LaPira agrees. “The way that the companies operate internally—and the way that they talk about themselves—certainly looks different from the way that other services sell widgets. But when they interact with regulation, they behave just like any other service industry.” Uber operates just like a taxi company; Google management operates just like the management at the yellow pages. But hey, it’s not their fault: All the other kids are doing it.