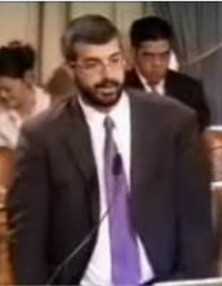 Sure I thrill whenever a politician puts his kids in public school or stays in his “old” neighborhood — but that thrill comes with the understanding that they’re doing it because it meets their approval as a parent. I’d be horrified to learn that a politician kept his kids in a neighborhood he thought would be bad for them. Or that he hadn’t considered how it would affect them at all.

If we can judge a society by how it treats the weakest among us, then, people: Take care of your kids. Do what you think is best for them.

That Daly is willing to do that, though it makes him a target of ridicule and has opened him up to considerable inconvenience, says better things about him than a fawning Guardian endorsement ever could.

Does this make him a hypocrite? Naturally: You can’t spend nine years accusing your enemies of trying to turn the city into suburbia, then move to suburbia to get your kids out of the city, without being as inconsistent as Bernie Madoff’s balance sheet.

But the kind of hypocrisy that leads a man to make the right decision for his family can’t be all bad; in fact, it’s an essential element of a functioning society. Without at least a little hypocrisy, there can be no compromise: And without compromise, life is nasty, brutish, and short.

There can be no pragmatism without this kind of hypocrisy, because ideals never fit a particular circumstance as well as they do an abstract one. Tolerance for others likewise requires the ability to tolerate in others what is unacceptable for you — a hypocritical act if ever there was one.

While hypocrisy in large amounts is toxic for society, hypocrisy in small amounts protects us from our ideals when they go off the rails. It’s a kind of moral Godel’s Theorem: Given the world we live in, no moral system can be both consistent and complete.

The only way to get through this conundrum is to admit that sometimes the moral thing to do is not consistent with your philosophy: Inevitably, for all of us, there will come a point where the right thing to do is hypocritical.

Daly’s hypocrisy is conjoined to this fundamental human hypocrisy — the kind that comes (unlike the hypocrisy of a Mark Sanford or Oliver North) from honestly thinking of others and trying to do right.

We all believe, at some point in our lives, that the world can be saved if it just knows what we know, and feels as strongly as we feel — and to not act on this certainty is callous. Then, when the world stubbornly refuses to be saved — again — we focus our sadder but wiser ambitions on the places where we know we can do some good in the long-term. Often, it’s our families.

Daly’s right if he’s decided that he’s got a better chance of raising two terrific kids than he does at transforming San Francisco into a beacon on a hill, so that’s where his priorities should be. At the same time, the idea of resigning — and letting Gavin Newsom pick his successor — is obviously unacceptable. THAT would be a betrayal of his movement. So he makes a hypocritical choice, because it’s the best he can do: Well, good for him.

C.W. Nevius deserves to be smug about this: He’s been attacked by Daly and the Guardian for being “suburban” so often that their fingers have rubbed a hole through the word. Daly’s a public figure, so some ridicule of him is legitimate (look for mine in this week’s print edition of SF Weekly). That’s the price you pay for trying to claim the moral high ground when you’re a politician.

But the crime itself is no crime.

What will be interesting is to see whether Daly’s hard line softens. Will he act like a man who’s learned that in every righteous ideology there is at least a drop of foolishness?

Or will he harden, demanding that others live up to standards he couldn’t, because now he has something to prove?

That kind of hypocrisy wouldn’t be worth praising at all.