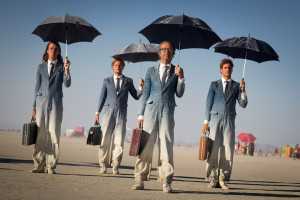 As I’ve met more minority burners over the years, I’ve made a point of asking some of them (when I remember) about this issue, as well as the diverse friends of mine … like my friend in Brooklyn … who I think would make great burners but who say it’s not for them.   Their surprisingly unanimous conclusion:  Burning Man, while it may be great … “I love Burning Man, and I love Burners,” said one minority burner I’ve grown close to, “but these are some crazy ass white people, and this is their thing.”

At the risk of sounding like a Twitter tag:  Why is Burning Man a white people thing

Generally speaking, I’ve been told, there are four reasons: