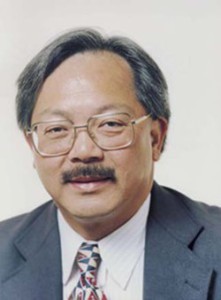 Ed Lee shocked Californians today by announcing his resignation as Mayor of San Francisco to found a new start-up city.

“I’ve seen municipal dysfunction up close for years and it’s convinced me that cities are a paradigm ready for disruption,” Lee told Tech Crunch and Mayor’s Digest. “I believe that with just a little venture capital and a group of talented go-getters fresh out of college, I’ll be able to reinvent what it means to live in a place with other people.”

Lee’s announcement generated huge buzz in the tech industry, with Valleywag calling Lee “The Uber of Planning Boards,” and PandoDaily reporting that “Ed Lee will do for cities what PandoDaily did for reporting.”

Details of Lee’s new start-up, called CitEy, have only been revealed to first-round investors, among them Ron Conway, Peter Thiel, and the Singularity. But according to published reports, CitEy has developed an incredibly streamlined functionality for bribes, including a “Bribe Me Now” button and a Platinum Level for amounts over $25,000.